Seaspiracy is a brand new documentary by director Ali Tabrizi streaming on Netflix. While the movie starts out as a dreamy ode to marine life, it turns into a dramatic documentary investigating the many ways humans harm marine species and the entire eco-system ocean quickly and elaborately. However, since it started streaming a couple of weeks ago Seaspiracy has been both applauded and contentious. We have devoted ourselves to educating the SWOX community about sustainable lifestyle choices in order to protect our favorite playground – the ocean – so this documentary hits close to home. Keep reading for our takeaways and what you can do, starting today, to save the ocean.

In the past week Seaspiracy has been praised and controversially discussed by the media, scientists and on social media. The documentary is made by the team behind the 2014 Netflix documentary Cowspiracy and follows a similar storyline. Just like Cowspiracy, Seaspiracy uses techniques of storytelling we know from thriller movies to transport its message. However knowing that it’s not just a Hollywood movie makes it in parts very uncomfortable to watch – yet, that is exactly why it has the power to make an impact.

“It’s hard to stomach… But if there’s one thing Seaspiracy doesn’t want it’s for us to switch off and give up. There is hope.”

In interviews and on Twitter, reputable scientists have rightly criticized the accuracy of some of the facts the movie narrative is built on. In addition, NGOs interviewed in the movie claim their statements have been quoted out of context and as a result, they have accused the filmmakers of making misleading claims. Some media outlets have gone so far as to state that the very important message of Seaspiracy gets “lost in a sea of murky conspiratorial thinking” (New York Times).

“Seaspiracy” does present some pieces of reporting — including an inquiry into dolphin-safe tuna can labels — that are surprising and memorable. But even the film’s notable points seem to emerge only briefly before sinking beneath the surface, lost in a sea of murky conspiratorial thinking.

While we are certainly no experts in the field of marine biology, oceanography or the fishing industry as a whole, and can’t comprehensively fact-check all claims the movie makes, we want to share some thoughts that crossed our minds after streaming Seaspiracy.

Should you watch Seaspiracy? We think it’s a MUST watch! Sometimes we need to see the direct consequences of our behavior in order to really change our minds and habits.

Takeaways from seaspiracy and the ongoing vivid discussion

For decades two of the organizations criticized in the movie, Oceana and the Marine Stewardship Council (MSC), have been doing groundbreaking work to tackle problems like bycatch, overfishing as well the pollution and destruction of marine ecosystems. Seaspiracy triggered a verbal fight between camp “fight plastic pollution” and camp “fight the fishing industry” – we’ve come across comments online that really made our hearts sink. Ultimately all NGOs are fighting for the same goal. So instead of pining one against the other, let’s stand shoulder to shoulder and save our breaths to save our planet.

Depending on which garbage patch we are talking about (wow!), fishing gear is responsible for about roughly 10 to 50 percent of the plastic that is floating there. That’s an alarmingly high number and suggests that improving or reducing the impact of a single industry would cut the problem of plastic pollution in the ocean by almost by half. However let’s not forget the other 50 to 90 percent of plastic that we cause by the way we consume and recycle. Stop using plastics wherever you can. Now. 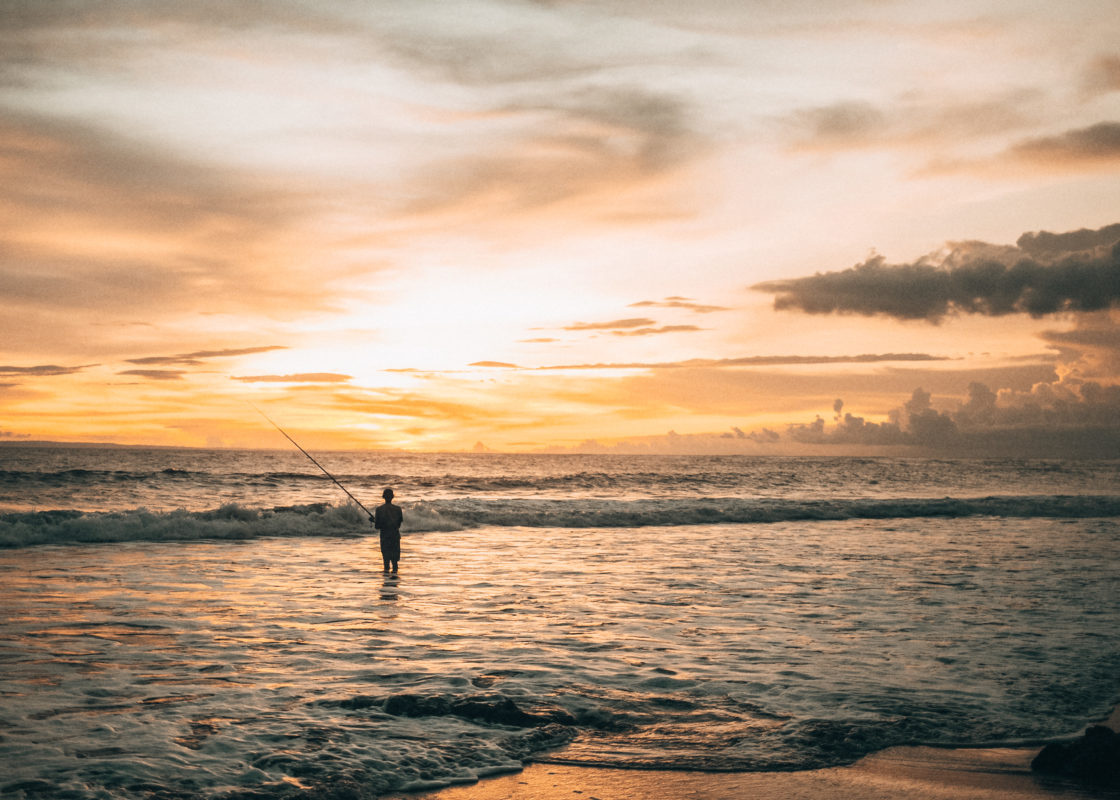 All questionable facts and dramatic spy cam filming aside, the message Seaspiracy is sending is clear and correct: Don’t eat seafood. Here are two “buts”: Firstly, seafood is an important source of nutrition in many parts of the world.  However, if you are reading this article chances are, you will be able to find plant-based alternatives, that won’t break your budget.

Secondly, we slightly disagree with the filmmaker’s claim that there is absolutely no sustainable fishing: Make eating seafood an infrequent treat and experience first-hand what fishing really means. Being part of the process of catching, killing and processing fish at least once in your life, will undoubtedly help you value your next seafood meal. Visit a local fisherman or -women, support them, bring the family! You don’t live close to the ocean? Then it might be time to consider switching your diet to a rare treat of freshwater fish until your next vacation.

#4 Be an active part of the solution.

You’ve watched the movie, now what? Discuss it with your friends and family. Share this article or a link to watch the movie. Support organizations that fight the destruction of marine ecosystems. Sea Shepherd is featured in the movie as a leading example of a candid and supportable organziation. It is Sea Shepherd’s mission to enforce and develop protective laws for marine wildlife for over 40 years.

Additionally, do your own research on the NGOs featured in Seaspiracy and decide for yourself. In the end, local action is the most effective way to get involved. Even if you don’t live close to the ocean, you can get involved with local groups that help protect ecosystems in rivers and lakes.

To sum it up, Seaspiracy is a success story, because it has started a debate. Finish up that last can of “dolphin-safe” tuna in your cabinet before it goes bad and refrain from buying another one any time soon. Or in the words of Sylvia Earle:

“We need to respect the oceans and take care of them as if our lives depended on it. Because they do.” 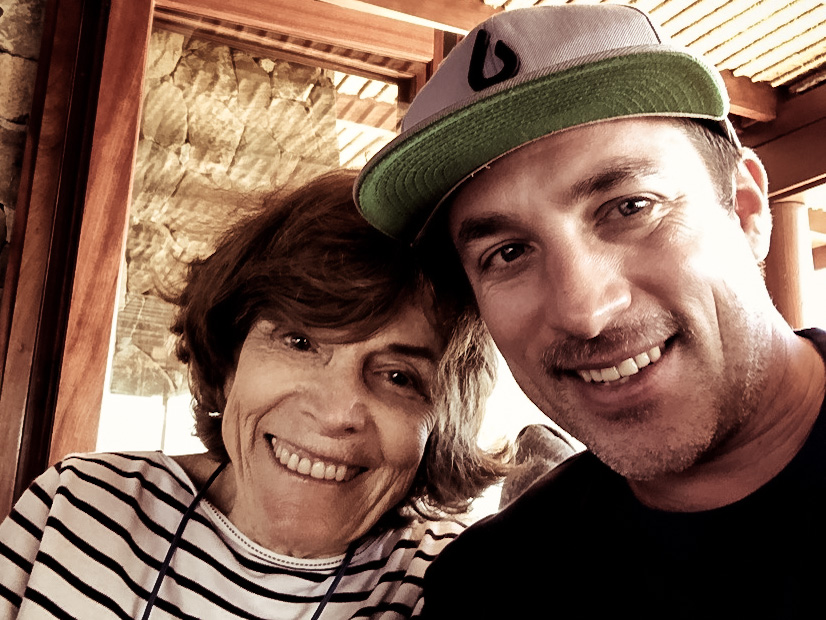 Marine biologist and oceanographer Sylvia Earle with SWOX co-founder and CEO Maximilian Jagsch at the Ocean Summit 2019, that is organized by SWOX athlete and activist Susi Mai.

On another note, April is Earth Month and April 22nd is Earth Day! We encourage you to help the world reach “drawdown” by taking action on some of the 80 most substantive solutions to climate change: Dedicate your Earth Month to the Drawdown Ecochallenge! 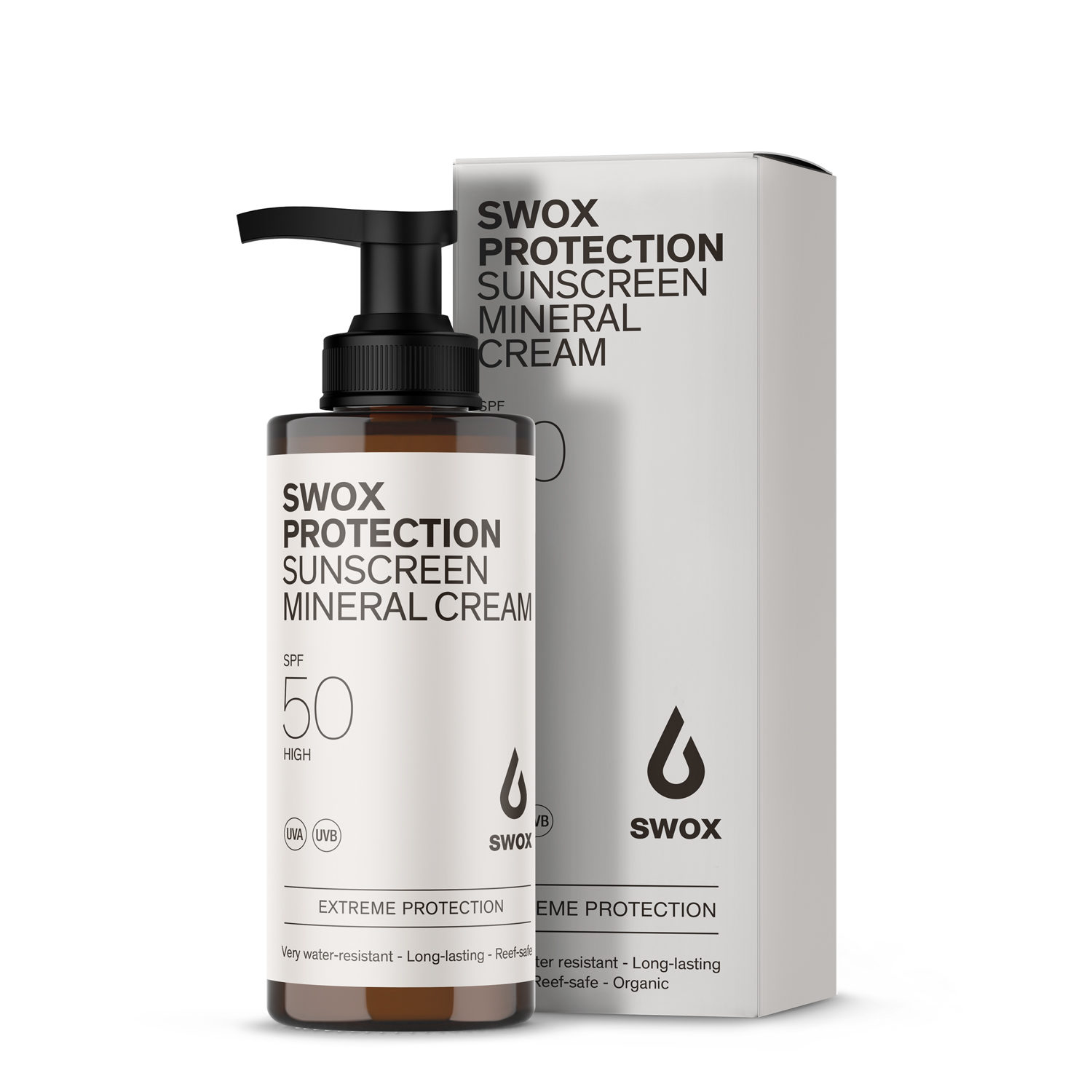 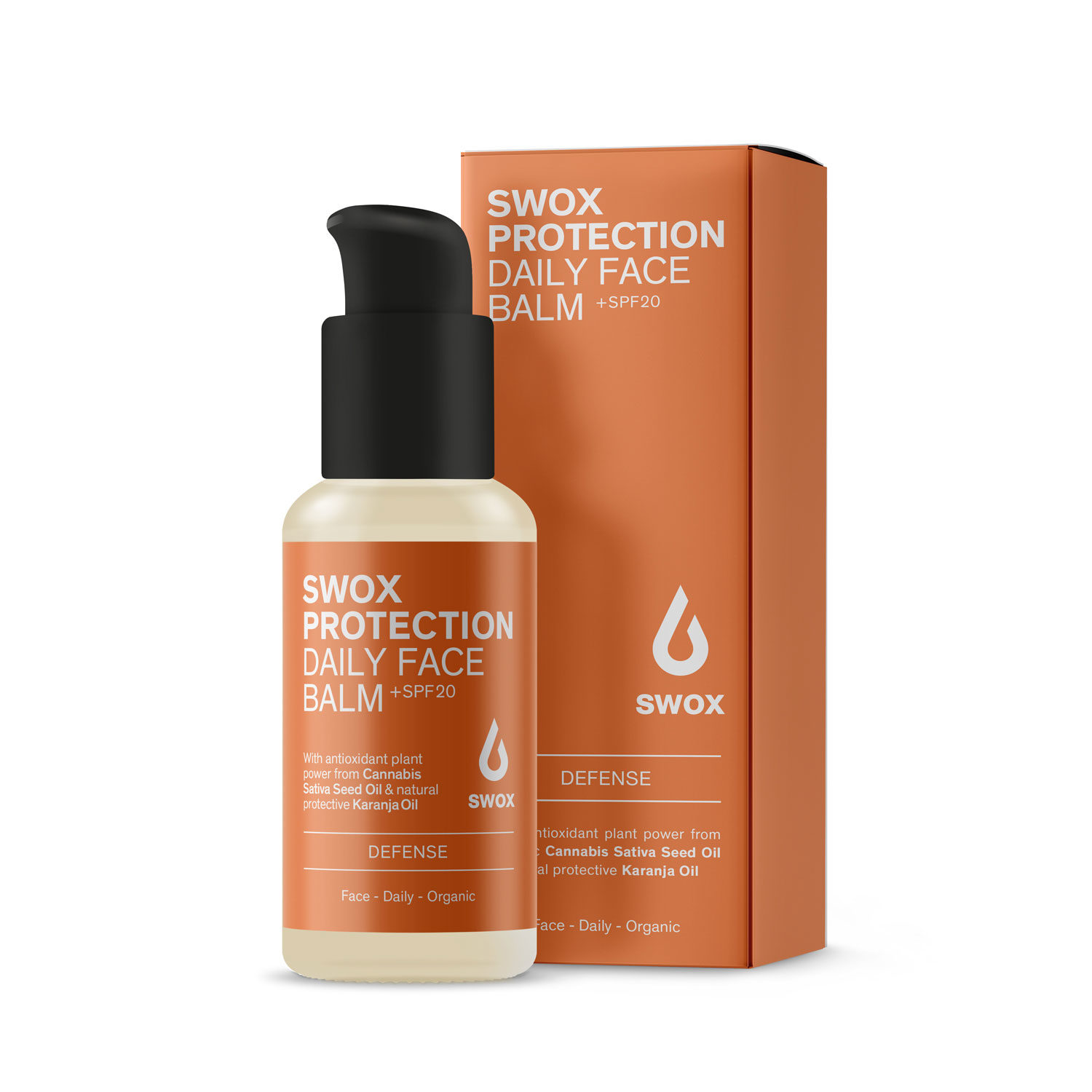 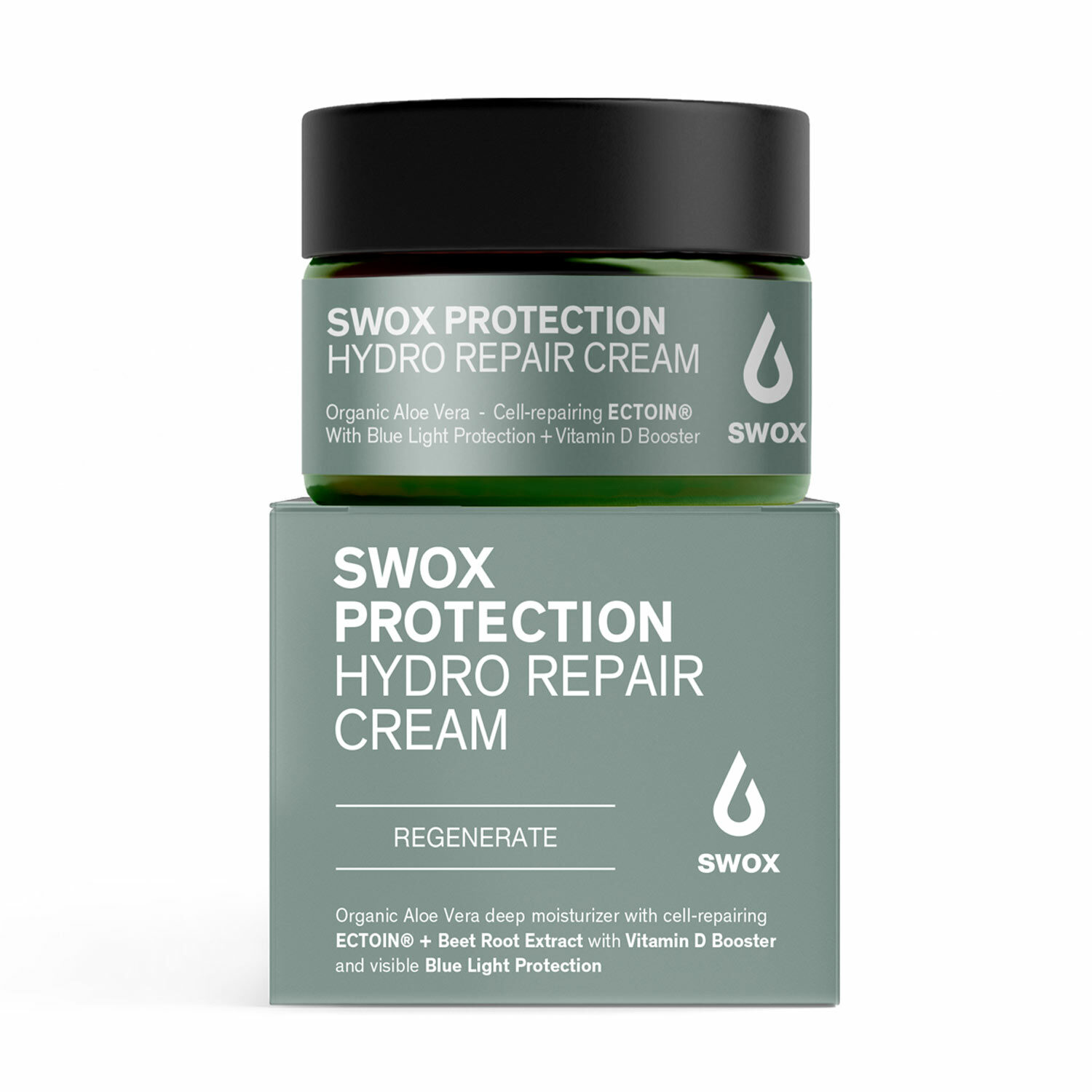