Imogen Caldwell spends most of her days out in the water, while international fashion brands love her natural beauty. The Australian is somewhat hard to imagine, if you haven’t met her – an absolutely fearless ripper in waves with consequence and a graceful muse on the runways and in the fashion magazines of this world.

Thus for her flawless skin is not just a matter of well-being, but also the foundation of her professional career. With SWOX, she chose the best-in-class skin protection to be her go-to sun care product.

“Protecting and looking after my skin is one of the only routines I actually follow. I am super particular about what products I use on my skin, so I am excited to be representing a brand I know and love“, Imogen states. 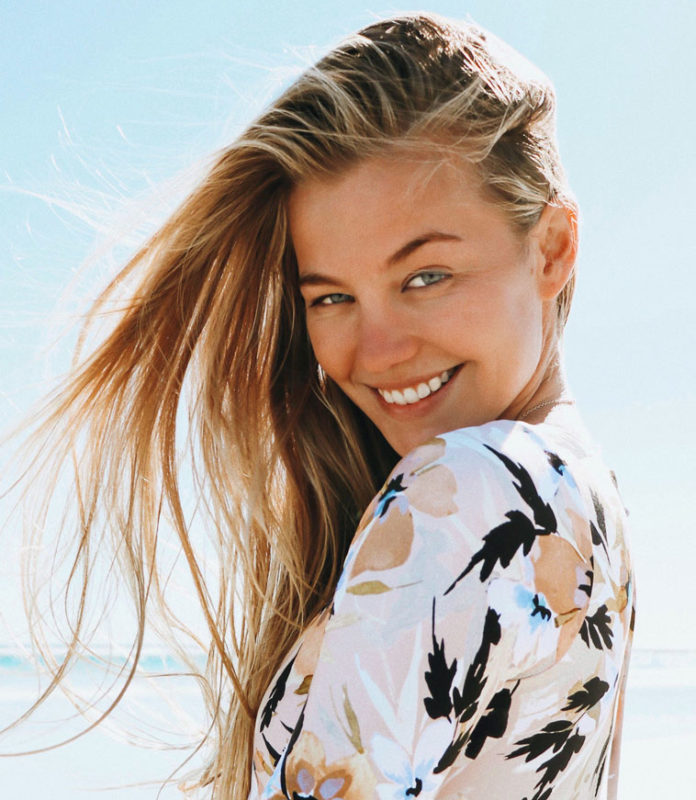 The pro-surfer and model from Australia is 23 years old and adored by fashion brands around the globe as a stunning beauty on their runways and in front of the camera. While she’s a well-known model now, Imogen grew up in a rugged world that couldn’t be more opposite.

While the five kids were still young, the Caldwell family moved to an outlying, abrasive area in the extreme western coastal region of Western Australia called Red Bluff. Population: 13. Where the ‘desert meets the sea’ is about 150km (over 90 miles) away from the next biggest city.

The family started to run the remote camp station and “IMO” grew up soaking up what land and sea had to give. Fishing, diving, riding dirt bikes and surfing meant the world to the teenager. On the other hand shoes, TV, public schools, hairdressers and rainy days were absent in her life at the Bluff.

Imogen Caldwell learned to surf and be bold where others travel once they consider themselves experts. The Bluff, the surf spot right in front of her family’s camp station, is one of Australia’s heaviest left-handers. After a steep and technical take-off the wave usually gives good shade before spitting the surfer out over a sharp, urchin invested reef – of course the waters are popular by sharks as well. 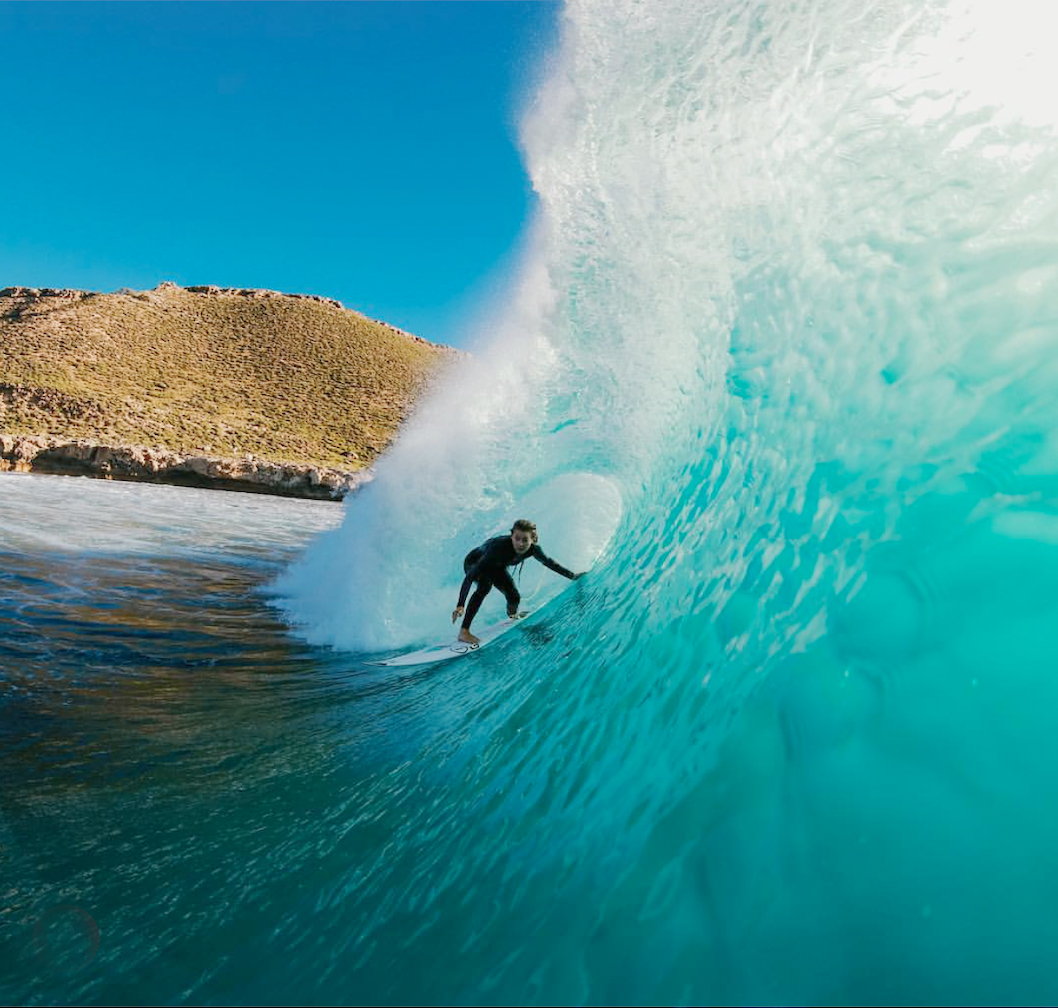 Soon the surf world recognized Imogen’s eerie relationship with big wild barrels. She landed her first sponsor deals and got to travel places she had only heard of until then. From there the modeling side of her job came naturally. “I’m just a girl from Outback Australia. I never thought I’d be travelling the world doing what I love as a career”, Imogen says. On top of that she never gave up dirt bike riding and lives for vehicular explorations on her KTM SX 125.

The Australian is a pro on the board and in her job as a model:

“Being part of SWOX, a company that creates good natural products with the earth in mind is so important to me, because they stand for many of the same values that I do. I am so excited for this new partnership, bring on 2020!“